By Jennie Lyons and Sierra Sarkis 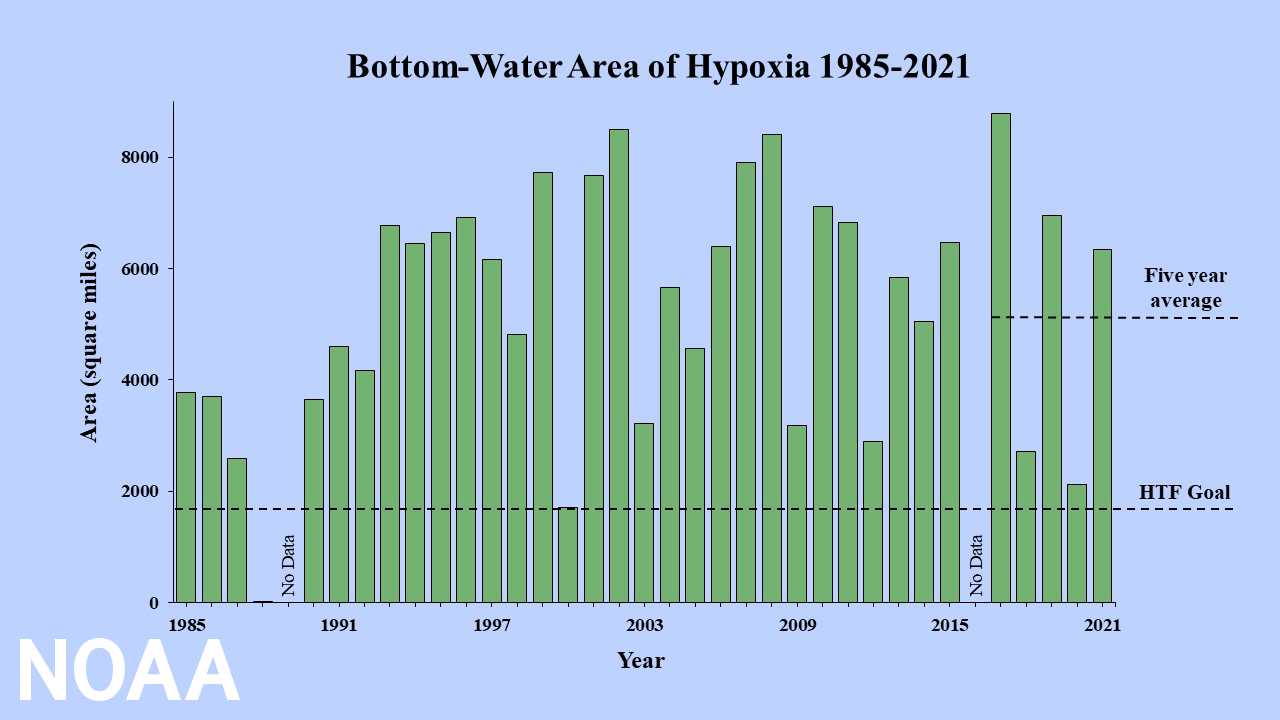 Long-term measured size of the hypoxic zone (green bars) measured during the ship surveys since 1985, including the target goal established by the Mississippi River/Gulf of Mexico Watershed Nutrient Task Force and the 5-year average measured size (black dashed lines). Photo by LUMCON/NOAA
NOAA-supported scientists announced that this year's Gulf of Mexico "dead zone"— an area of low to no oxygen that can kill fish and marine life — is approximately 6,334 square miles, or equivalent to more than four million acres of habitat potentially unavailable to fish and bottom species.

The average hypoxic zone over the past five years is 5,380 square miles, which is 2.8 times larger than the 2035 target set by the Hypoxia Task Force. Since records began in 1985, the largest hypoxic zone measured was 8,776 square miles in 2017.

Scientists at Louisiana State University and the Louisiana Universities Marine Consortium led the annual dead zone survey during a research cruise from July 25 to August 1 aboard the R/V Pelican.

"The distribution of the low dissolved oxygen was unusual this summer," said Nancy Rabalais, Ph.D., professor at Louisiana State University and LUMCON who is the principal investigator. 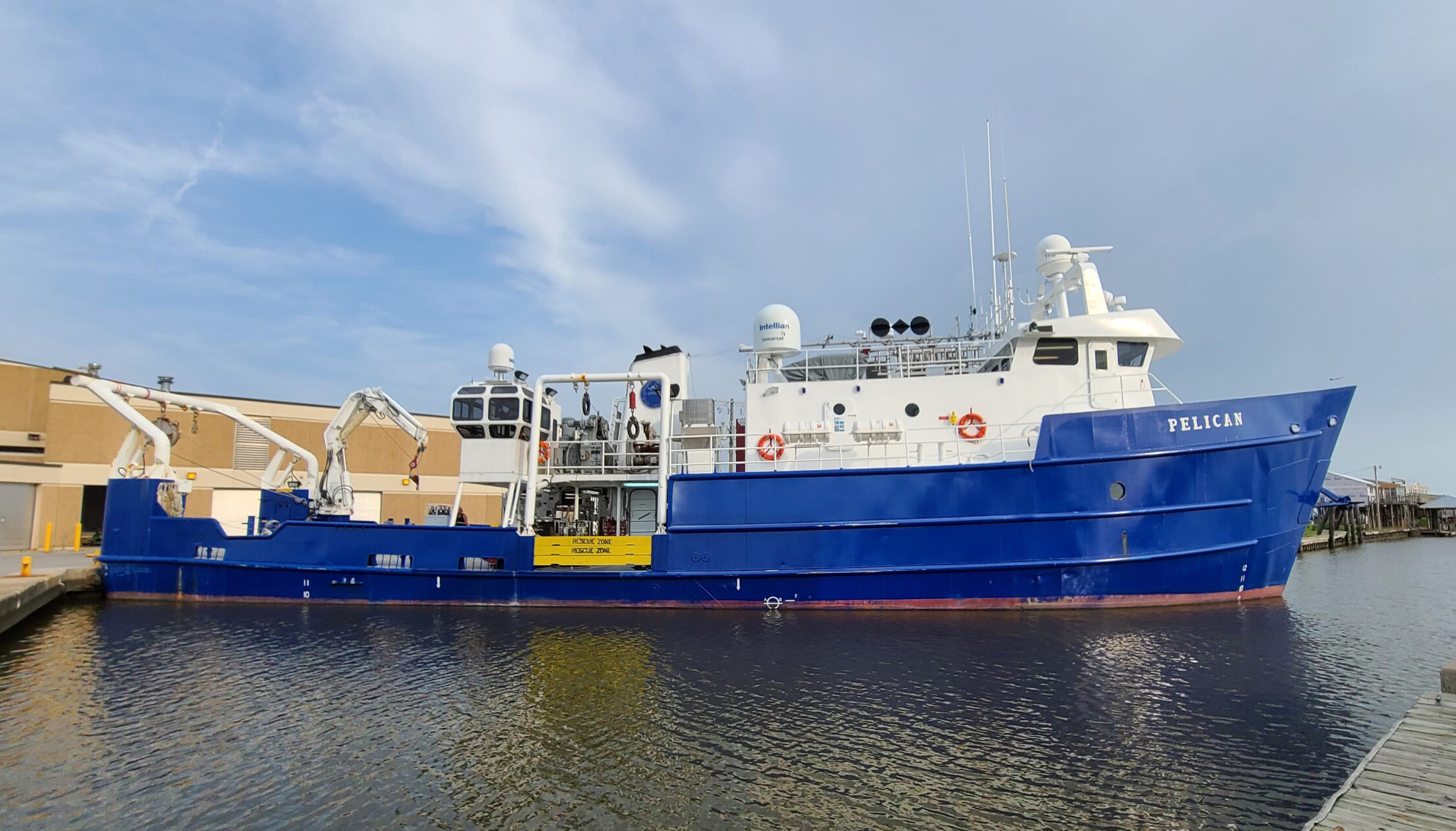 The R/V Pelican at dock before heading out to sample the Gulf of Mexico hypoxic zone. The annual survey cruise has been performed since 1985, creating an important long-term data set for scientists. (LUMCON/LSU)
"The area from the Mississippi River to the Atchafalaya River, which is usually larger than the area to the west of the Atchafalaya, was smaller. The area to the west of the Atchafalaya River was much larger. The low oxygen conditions were very close to shore with many observations showing an almost complete lack of oxygen."

Scientists prepare to collect near-bottom water aboard the R/V Pelican to verify oxygen measurements used to determine the size of the Gulf of Mexico hypoxic zone. Photo by LUMCON/LSU
Surface waters were low in salinity across most of the study area, indicating that high freshwater runoff from the Mississippi River watershed affected the area. River discharge measured above normal for the three weeks prior to the research cruise.

The role of chief scientist was shared by Rabalais, Cassandra Glaspie, Ph.D., of LSU, and Gina Woods, LUMCON research associate. The 2021 shelf wide cruise had a full complement of scientists, which was curtailed in 2020 due to COVID restrictions.

In June, NOAA forecasted an average-sized hypoxic zone of 4,880 square miles, based primarily on the Mississippi River discharge and nutrient runoff data from the U.S. Geological Survey. With average- to below-average discharge and nutrient loading this spring, the models predicted an average hypoxic zone to form during the time of the cruise. The forecast models assume typical weather conditions and do not have capacity to factor in storms or other wind events, which can disrupt the hypoxia zone around the time of the cruise. While the model results underestimated the measured size of the zone this year, they were within the expected margin of uncertainty for the forecast and provide further evidence of the robustness of the models to relate nutrient inputs to observed hypoxia size in the summer.

The full report is available here.