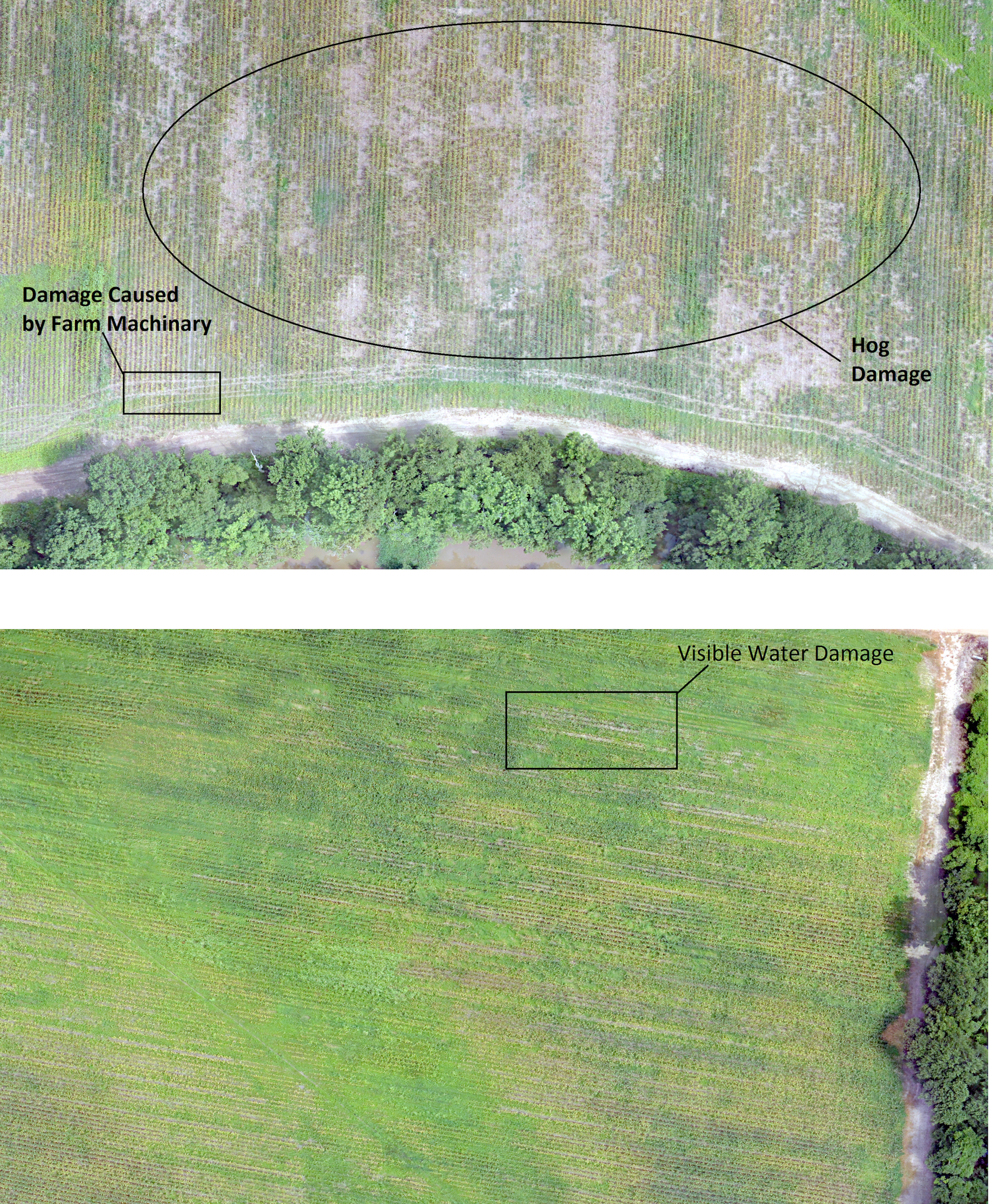 "When you look from a birds-eye view from a drone, you spot all those damages, and with GIS, you measure the amount of damages automatically," said Sathish Samiappan, lead author on the paper published in the Wildlife Society Bulletin.

Feral hogs, also known as wild pigs, can destroy crops by rooting around and stomping through fields. In 2016, Samiappan, an assistant research professor with Geosystems Research Institute at Mississippi State University, and his partners flew a drone 120 meters over cornfields visited by these animals. Using a camera similar to those found in cellphones, the drone captured the crop damage.

Samiappan's team created an algorithm to recognize distinct patterns of damage inflicted by the hogs, then compared the assessment to a manual one done on foot using GPS coordinates.

"The correlation was really high, he said, and the automatic approach was up to 78 percent accurate. Like any technology, though, it isn't perfect. If the destruction isn't contiguous, heavy or clear, the technique won't detect it," Samiappan said. "But for obvious damage, the algorithm can identify it far faster than a person on foot possibly could."

To cover a 10-acre field, a person on foot would need a week, he said. A $1,600 drone could photograph it in 30 minutes and the computer could complete the analysis in hours. "You fly in the morning, you have data ready by evening," he said.

He and his colleagues, who have launched drones to count migratory birds preying on farmed catfish in Mississippi and to map invasive plants on the Gulf Coast, are now applying this new method to quantify how deer affect crops.

"The drone is just a platform," Samiappan said. "All it can give you is data. It's up to us and computers to interpret. This has a lot of potential. We just need to do collaborative research and solve problems."