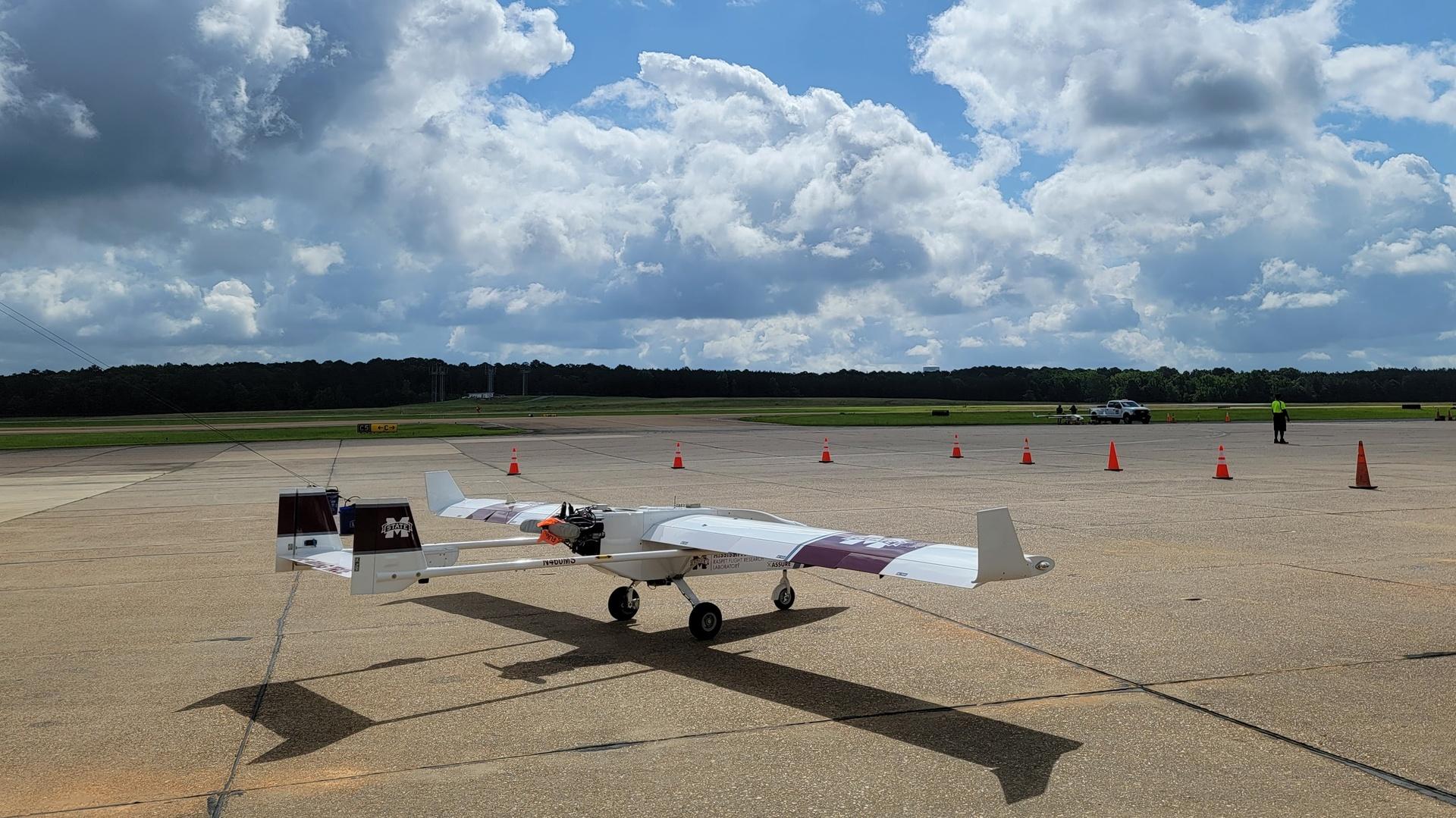 On the runway of the Jackson-Medgar Wiley Evers International Airport, researchers from Mississippi State University are flying their Tiger Shark unmanned aircraft. It has a wingspan of 22 feet and can carry a variety of small payloads.
Photo Submitted.
Researchers at Mississippi State University are breaking new ground in aviation by flying an unmanned aircraft at Mississippi's busiest airport. Experts say this technology could revolutionize emergency response in the state.

This is the first time a non-military drone has flown in class c controlled airspace. Tom Brooks is Director of the Raspet Flight Research Lab at MSU. He says the flight demonstrates how unmanned aircraft and passenger aircraft can one day operate on the same runways.

"It's really moving the needle in terms of not just symbolic of what can be done, but also a practical demonstration of how it can be done every day," says Brooks.

Brooks says the drone can be equipped with cameras, radar, and other imaging technologies, and can be used to survey damage during emergencies. Matthew Hering is Chief Operations Officer with the Mississippi Emergency Management Agency. He says the agency mostly uses smaller drones, but early tests with these larger unmanned aircrafts have been able to capture more data in a single flight.

Hering says "Last year we took the opportunity to have a fixed-wing aircraft do damage assessment aerial shots for us, and with the new technology that's out there to stitch together the graphics that are provided is just phenomenal. When you're able to look at damage to structures through 3D technology, it's really a gamechanger."

"There're some situations where you're just not gonna put a flight crew in peril," says Wilson. "Obviously with this, there's less risk with that. So we have more flexibility in those marginal weather situations, and times when we may need that helicopter moving a patient."