FAA's UAS Outreach Through ASSURE Extends to Students, Teachers in All Grade Levels 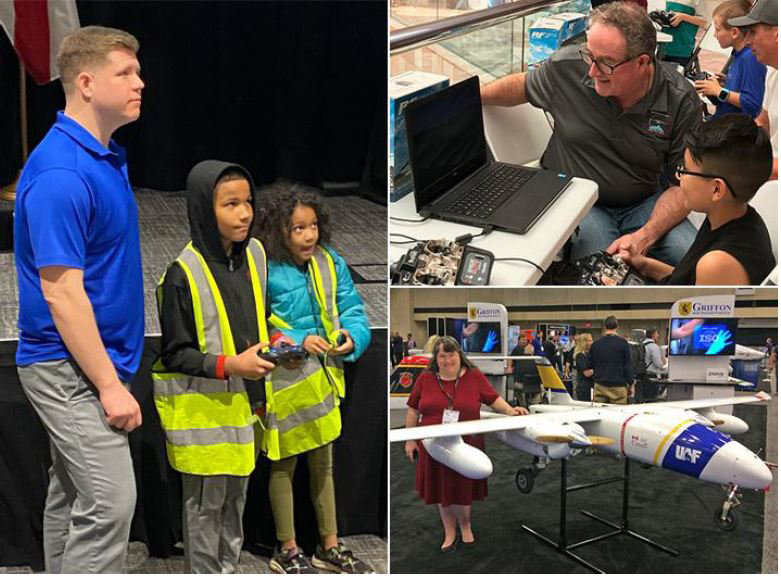 Photo submitted
The FAA formed the Center of Excellence for Unmanned Aerial Systems (UAS) to identify and address a myriad of issues surrounding the introduction of drones into the National Air Space System. At the same time, however, it also was mandated to introduce drones into the lives of young people.

The program known as the Alliance for System Safety of UAS through Research Excellence (ASSURE), led by Mississippi State University, was established in 2015. One of its goals is to use the popularity of drones to teach students in middle school and higher about science, technology, engineering, and mathematics (STEM). Like the many applications offered by drones, the FAA saw broad opportunities to leverage the growing interest in this technology to capture the imagination of children. 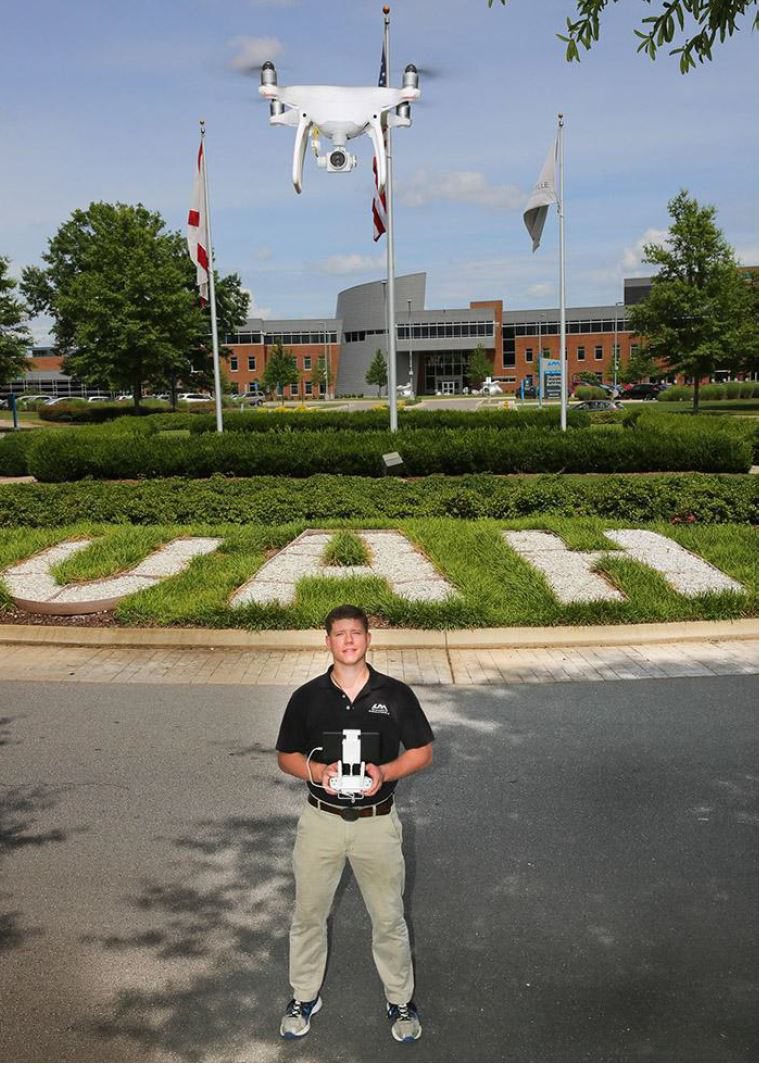 Casey Calamaio at University of Alabama at Huntsville. Photo submitted
"We've tried to not only meet the STEM goal, but to go beyond that and hit the underserved populations and spread out across the country, as well," said Nick Lento, manager of the New Entrants Division in the NextGen Office, who oversees the UAS Center of Excellence.

Richard Lin, a project manager in the FAAs NextGen Portfolio Management & Technology Development Office, seems a perfect choice to oversee STEM outreach by the colleges in the ASSURE program. Participating in a Lego robotics club and a research project on drones were just the preamble to being recruited by the FAA during an event at the University of Maryland. "From an early age STEM outreach got me on that track" to earning his mechanical engineering degree from the University of Maryland, he said.

By building close ties with universities involved in ASSURE, the FAA has succeeded in creating educational outreach to a broad swath of young people, including Native Americans in New Mexico, Alaska Natives, Hispanics in California, and African Americans in Alabama and Ohio.

"I can tell from working with these professors ... they really care about teaching," said Lin. "Having a chance to work with a more diverse group of kids is something they really enjoy."

For Henry Cathey, UAS Flight Test Site director at New Mexico State University, participating in ASSURE was a "natural fit," both because his university has been involved in drone research for 20 years, and because it is a minority serving institution. In fact, the FAA appointed Cathey to be the point of contact on STEM outreach for universities and colleges participating in ASSURE. Since then, there has been increasing interest in participation from other ASSURE universities, as well.

Under ASSURE, New Mexico State is working on several aspects of UAS research, including detect-and-avoid technologies, disaster preparedness and response, cyber work security, and data collection. But STEM does not take a backseat.

"We have a very large Hispanic population and a significant Native American population in New Mexico," said Cathey. The outreach he and his office has made to those communities "Is probably some of the most rewarding outreach that we've done," he said. "We were welcomed with open arms." 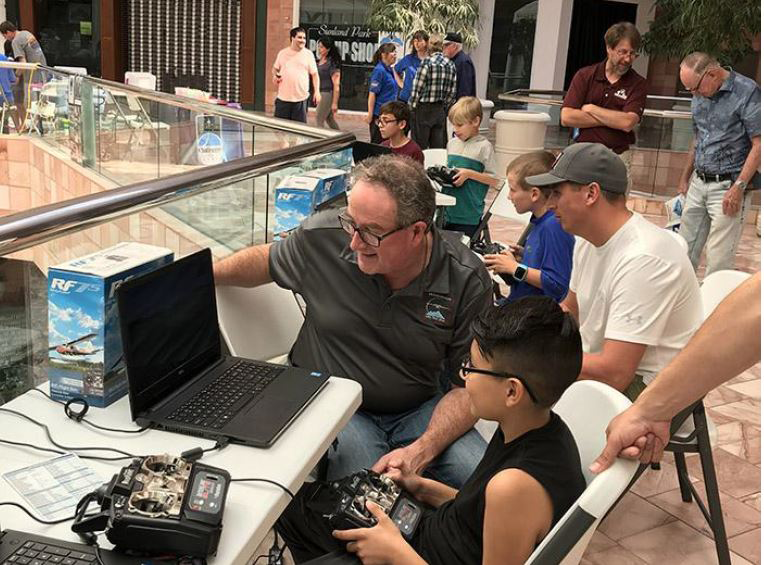 Henry Cathey from New Mexico State University guides students through a simulation during El Paso Space Week in Texas. Photo submitted
Cathey recalled an "absolutely wonderful exchange with the Native American students" in one of New Mexico's Pueblos. It inspired the principal in the local middle school to set up an after-school aviation program.

New Mexico State has focused STEM outreach on two fronts. It has produced one-day roadshows in which students are introduced to UAS and how they work, construct a vehicle, operate a flight simulator, and finally learn about UAS safe operating procedures and careers in the industry. Cathey's office has also organized five-day summer camps during which students operate and program two-wheeled ground robots to solve a problem - all in preparation for operating drones.

"Those set of skills translated to do something similar to an aerial vehicle," Cathey said. "It's step by step to go through the process to get them to see the big picture. Yeah, I like technology. I want to use technology. I want to go into a technical career." To date, the university's STEM efforts have reached more than 7,500 students and well over 500 educators.

Much farther to the north, the University of Alaska Fairbanks is applying two decades of research and hands-on testing to study beyond-visual-line-of-sight aspects of UAS for ASSURE.

"In Alaska, most of the missions we need done can't be done with visual line of sight," said Catherine Cahill, director of the university's Alaska Center for UAS Integration. We don't have the infrastructure." 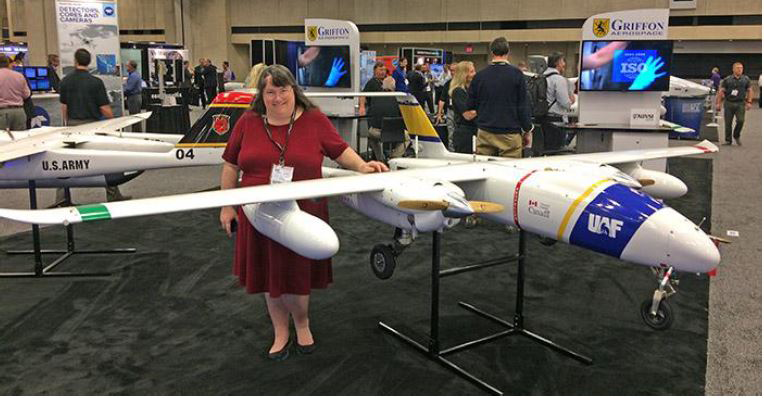 Catherine Cahill with one of the large UAS at the University of Alaska at Fairbanks. Photo submitted
Establishing a protocol that allows operators to safely fly a drone beyond their lines of sight is one of the FAAs key milestones in meeting Congress's mandate to introduce drones into the National Airspace System. But the operation must be done in a way that protects individuals on the ground from injury should a drone experience a problem and prevent the potential conflicts with manned aircraft.

Alaska's sparse population makes it "...perfectly positioned to do the testing and research because our ground risk is so low," said Cahill. "There's no one to hurt on the ground. What we do applies to the entire country. We are a great place to do testing and move the technology forward."

The school is bringing its Alaskan UAS air show to Alaska Native communities, where drones present huge opportunities - both educational and practical - for the state's many remote villages.

"We want to be educating kids ... about high tech careers that they can do that will keep them in the state," Cahill said. 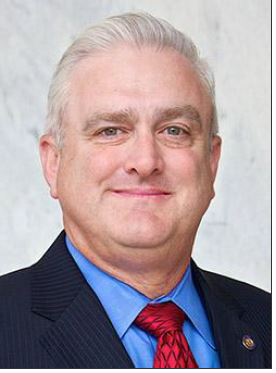 "When we go, we are the event," said Cahill. "It's kind of eye opening for the kids. If you want to watch complete chaos, have the kids tum the camera on the UAS as they fly it around the classroom."

Sinclair College in Dayton, Ohio, converted an ambulance and a 24-foot trailer into mobile operation stations and classrooms, outfitting them with computers on which students receive hands-on flight-simulation instruction.

"We were trying to hit everyone - suburban, rural, downtown," said Andrew Shepherd, executive director and chief scientist for UAS at the school. "We were trying to spread our outreach throughout the state, and we were doing a good job of that."

But then COVID-19 arrived. Because the enclosed spaces in the ambulance and trailer presented health concerns, Sinclair quickly had to adapt its program.

"If we wait for the middle schools to reopen, they're going to be so busy, and they may even have policies that limited our access," said Shepherd, who credited the FAA for Its flexibility in allowing Sinclair to change its program to adapt to the new environment.

The college is taking advantage of Dayton's aviation heritage and many quality museums to reach out to not just students, but their parents and the general public.

"You have to tailor the talk to whoever's in the room at that time," said Shepherd. "We've had some pretty interesting discussions with the parents."

For instance, Sinclair has offered STEM programs at historic WACO Field in Troy, Ohio. The WACO Aircraft Company was the largest manufacturer of civil aircraft in the country in the late 1920s and early 1930s. As part of WACO's offerings, the public gets a chance to fly in the company's historic biplanes. Sinclair often attends these events to provide presentations and drone simulation experiences. Sinclair also hosted middle- and high-school versions of multiday drone camps at WACO during the summer. 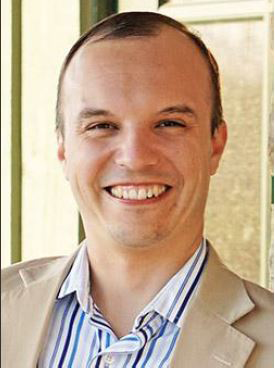 Andrew Shepherd
Sinclair College's Executive Director and Chief Scientist for UAS
Photo submitted
At Carillon Historical Park, Sinclair took advantage of home-schooling days for children that use the park to discover the heritage of Dayton - especially in the area of aviation - to introduce drone applications, technologies, and careers, along with simulation experiences.

Shepherd has seen first-hand how Sinclair's STEM outreach is having a positive effect. He told about a young woman he met at an advisory event.

"She came through Air Camp several years ago and we met again when she was at an event advising the college on aviation-related programs. That's kind of cool. You don't always realize at the time how introducing a topic like this will impact someone's decisions and life path."

Under ASSURE, the University of Alabama-Huntsville is working on predictive modeling for the types of advanced UAS operations that might be emerging in the next 30 to 50 years, what kinds of waivers are needed for current operations, and for new applications down the road, including the training and credentialing needs for UAS in disaster response.

The university hopes to instruct teachers about how they can use programmable drones to teach introductory computer science skills, and how they can take those skills and apply it to their classroom lessons, said Casey Calamaio, research engineer with the university's Unmanned Aircraft Systems Research Program.

Calamaio's program has been able to extend its reach to more than 100 teachers with suggested lesson plans, homework assignments, and teaching aids for classrooms. Calamaio named this program the Alabama Unmanned Systems Operations Mastery for Educators, or AUSOME. 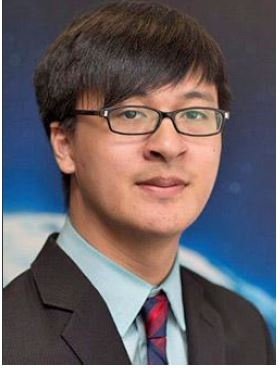 Richard Lin
Project Manager, FAAs NextGen Portfolio Management & Technology Development Office
Photo submitted
"One of the things we like to emphasize is not just how drones can be used to teach ... science and mathematics, but developing stronger computer literacy through drone technology," said Calamaio. "There's a big push in Alabama for that."

"Workforce development into the UAS community is a large goal for us as well," he added. That goes for the FAA as well as industry and schools. Noting the FAAs primary goal for UAS is safety, "I think that having a knowledgeable UAS community is important for future safe operations," Calamaio said.

The schools were unanimous in their praise of the FAA and its support for STEM outreach. The University of Alaska's Cahill said it has notable tangible and some intangible benefits.

"It makes the FAA more approachable," she said. "We're educating the upcoming workforce for the FAA. And the fact that it's a partnership is wonderful in my mind. I can go to the community with the FAA's team and talk about safety. I'm passionate about STEM, but so are all the FAA's team managers."

For the FAA's Lin, participating in ASSURE STEM outreach is a good way to give back.

"Most of the work I do is research-based," he said. "It goes into rulemaking and policy that wouldn't necessarily impact us or touch us every day. STEM outreach is some of the most fulfilling work because you can see how it impacts people almost immediately," he added.