By Jane Lee and Nathan Frandino 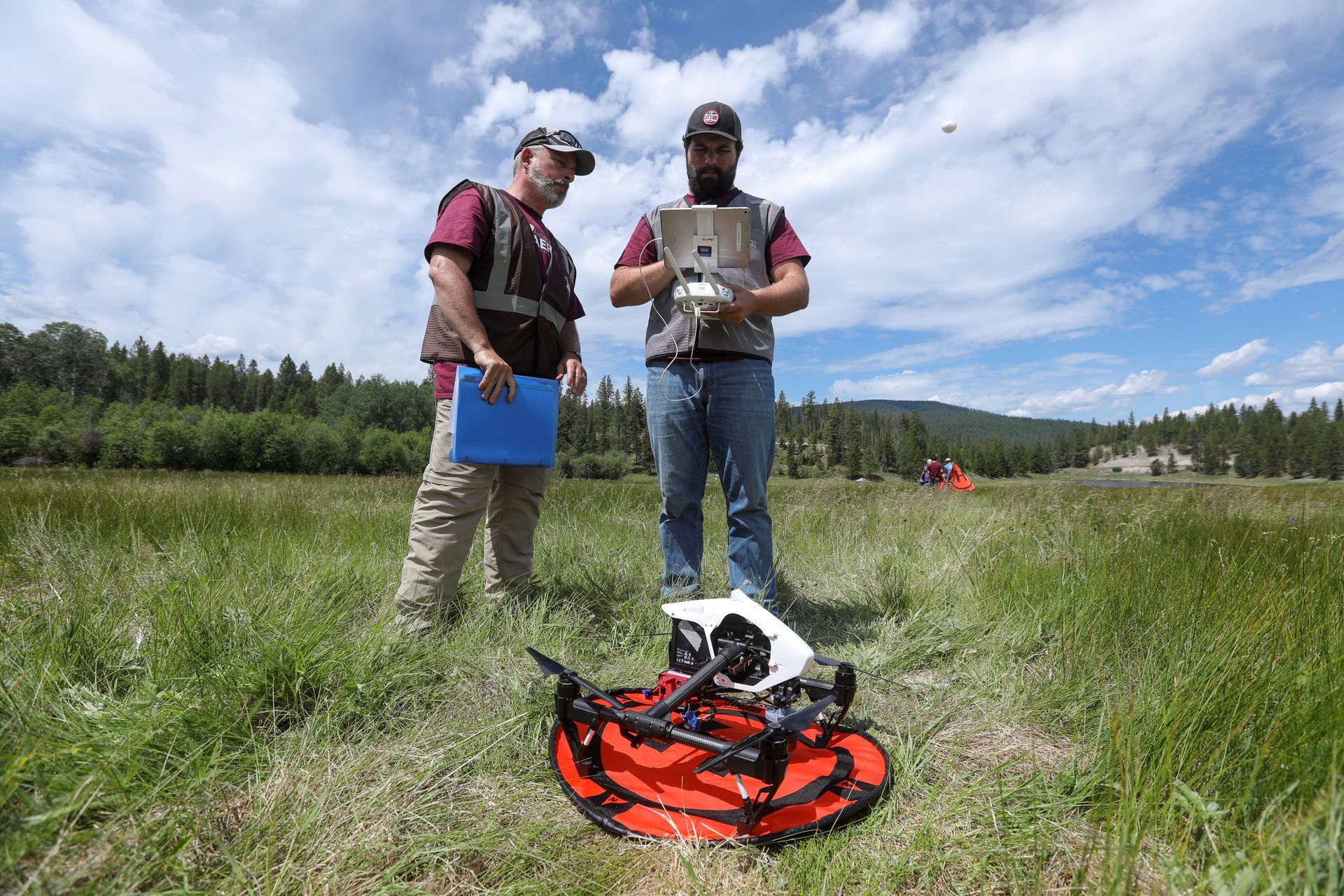 Chief pilot Bart Bauer and operator Jim Seielstad of Autonomous Aerial Systems Office at the University of Montana go through a safety check prior to flying a drone at the Lubrecht Experimental Forest outside Missoula, Montana. Picture by REUTERS/Nathan Frandino
In a grassy meadow outside Missoula, Montana, Jennifer Fowler eyes two drones high in the sky with weather instruments -- part of a program to see how drones can help to fight and monitor wildfires.

Missoula is a major center for wildfire research and the program comes as the Federal Aviation Administration starts to loosen the reigns on autonomous flight regulation for unmanned aircraft systems (UAS) — a crucial step that takes the human out of the picture to make drone use cost effective. The FAA has mostly required drones to be within the pilot's sight and the University of Montana team had to once hire a helicopter to follow the drone.

While some fire chiefs see drones as a nuisance that gets in the way of tankers dropping fire retardants, some fire departments have tested drones with sensors to detect toxic gases or infrared cameras to measure the fire's temperature. Fowler's drones carried instruments to measure temperature, humidity, location, wind speed and direction.

"If we can figure out where these fires are going to go and even give a better heads-up on what structures are in danger and when people need to evacuate," said Fowler, the director of the Autonomous Aerial Systems Office at University of Montana. "I see a future where we can really make improvements and help." 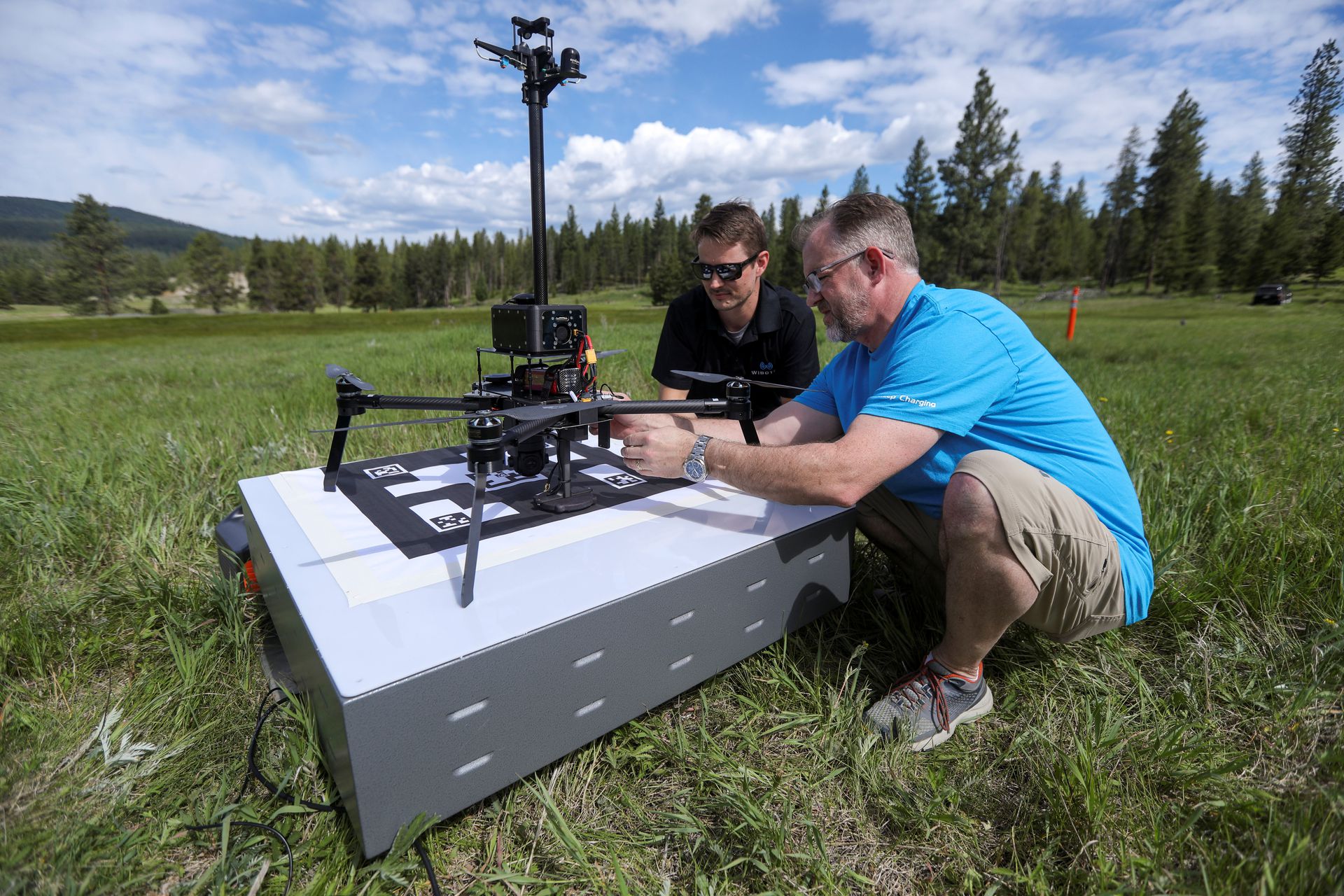 Ben Waters, CEO and co-founder of WiBiotic, and Matt Carlson, VP of Business Development at WiBiotic, work on a drone sitting on a WiBiotic battery-charging platform during a drone demonstration in the Lubrecht Experimental Forest outside Missoula, Montana. Picture by REUTERS/Nathan Frandino
"It's going to start in a trickle," said Steve Luxion, executive director at Alliance for System Safety of UAS through Research Excellence, an outside research arm advising the FAA. "That trickle is starting with what Montana is doing" but once people see the advantage and the systems are in place, Luxion said there would be a "flood" of drones.

Luxion said that for autonomous drones, battery power and recharging technology are key, and he is working with startup WiBotic to see what regulations are needed. WiBotic has autonomous charging pads that also analyze the data and a system that can monitor the battery health remotely.

"We all know with our cell phones that the battery lasts for these many hours on day one. And then after you've had your phone for two years, it only lasts for half as long. That's a big problem for FAA in terms of how you define regulations for that," said Ben Waters CEO and co-founder at WiBotic.

Fowler said her team is taking the drones to Oregon in October to test them out on a controlled burn, a fire set intentionally to help limit future wildfires.